The Arctic Way, Three Men Across the Ice

In the midst of an expanse of ice, a peculiar vessel heads directly north across the white desert: a hybrid prototype, half-catamaran, half-ice cart. On board, a scientific platform and three men who are trying to achieve a historical first: the crossing the Arctic by sailboat, 1 900 miles linking Alaska and Spitsbergen, an island north of Norway.

Since 2007, Sébastien Roubinet has been dreaming of opening the “Polar Passage” on a boat equipped with skates, capable of gliding through water as well as across ice. He designed, built and equipped it for the adventure, heralding a completely new way of exploring and better understanding this fragile and almost-inaccessible environment.

Accompanied by two experienced sailors, Eric André and Vincent Colliard, Sébastien knows they will have around three months to pull off the exploit before the ice closes in and the polar night brings round-the-clock darkness.The Arctic Way, Three Men Across the Ice is an immersive experience following the explorers’ lengthy preparations to the fulfillment of their dream. This film is the tale of recounts an extraordinary human and scientific adventure. 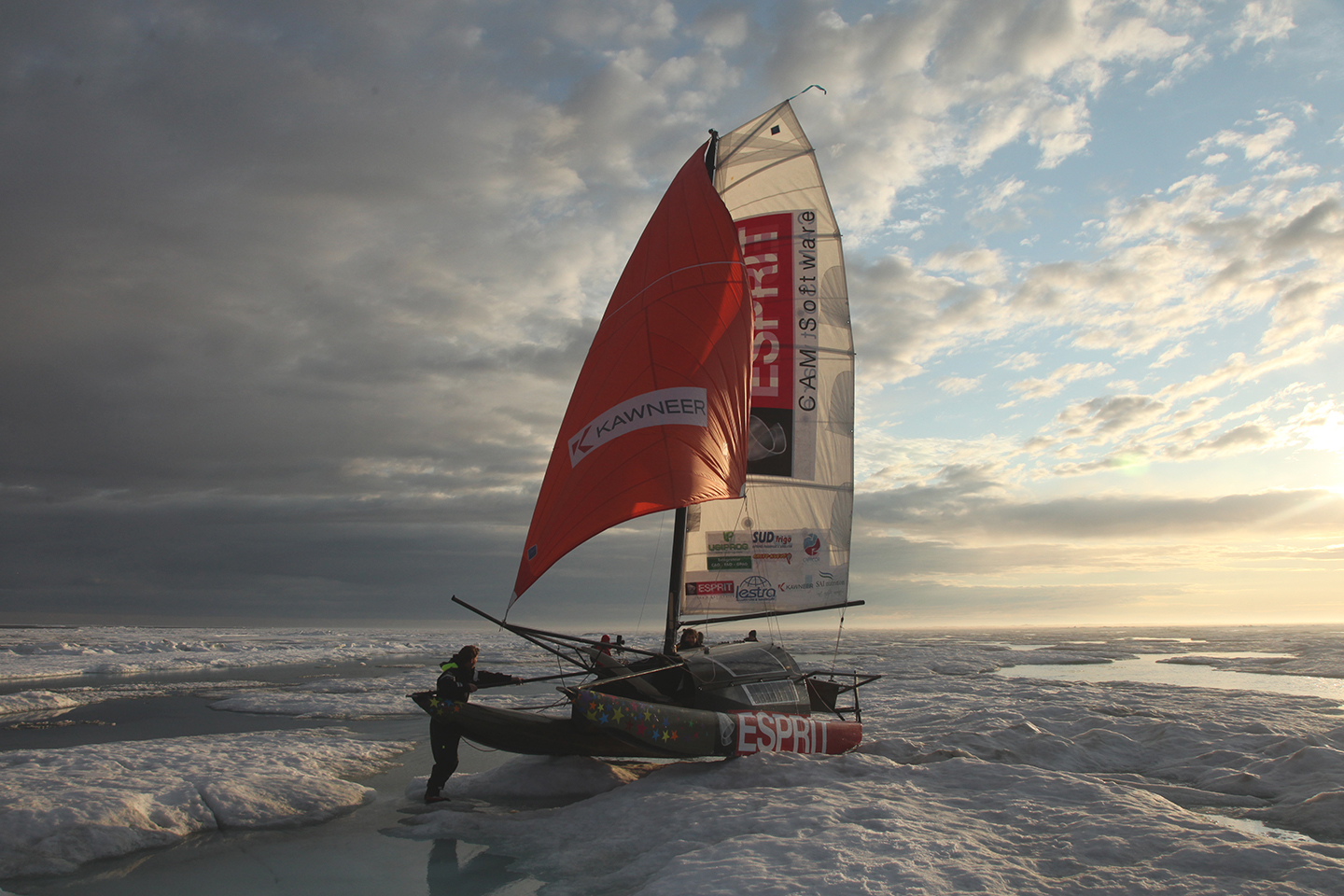